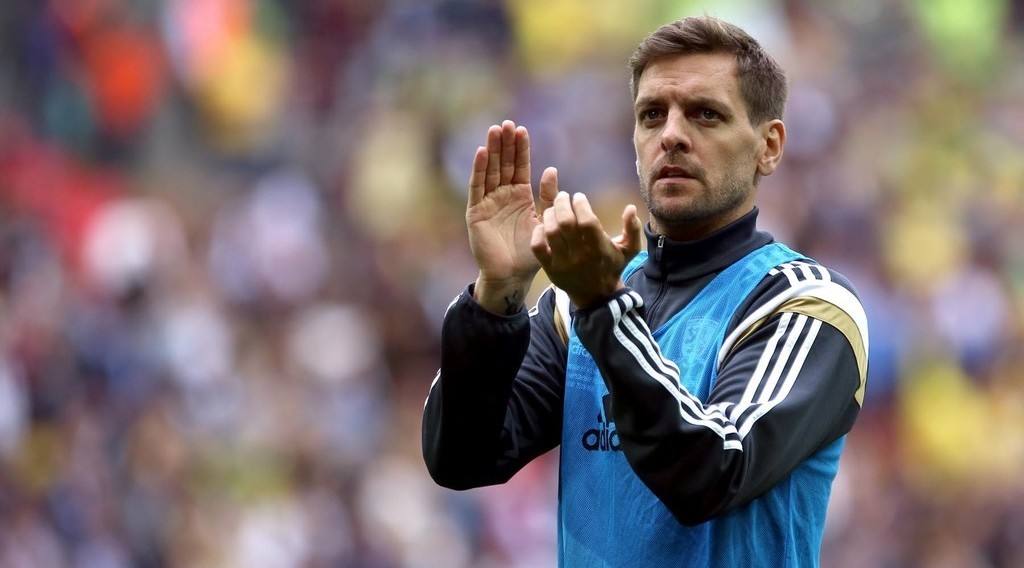 Jonathan Woodgate may not be the glamour name, but he still needs backing from the stands

More than three weeks after the departure of Tony Pulis as Middlesbrough manager, and it finally looks as though the club will name their new boss.

Although not confirmed, first-team coach and former player Jonathan Woodgate looks as though he will get the nod to lead the team in the post-Pulis era.

Despite the news that Boro will finally be able to begin their preparations for the 2019/20 season, the anticipation of the news has been met with groans and disappointment among supporters.

After weeks of rumours, and very little noise coming from the club, names have been thrown around by supports on Twitter and the media as they attempt to guess what initials will replace ‘TP’ on the training kit next season.

Slavisa Jokanovic, Daniel Stendel, Chis Hughton and Danny Cowley are the names that probably got fans the most excited, two-time promotion winner Jokanovic in particular. The Serb knows how to get out of this division, having achieved promotion twice with Watford and Fulham, but is also known for his attractive style of football.

That’s something the fans, and Steve Gibson, want going into the new era after 18 months of Pulis-ball which both frustrated and, at times, bored the Riverside hopefuls. However, with Jokanovic comes a requirement that, according to reports, Boro aren’t blessed with, a sizeable budget.

Because that all but rules out Jokanovic, some may see Woodgate as the cheap options and a lack of ambition from the football club. In reality, Steve Gibson is probably just going with a tried a tested method of his, promoting a highly rated player/coach to their first job.

Bryan Robson, Steve McClaren, Gareth Southgate and Aitor Karanka have all been appointed under Gibson’s stewardship and all but one can be considered success stories for the club. Of the previous experienced managers that the club have appointed since Gibson took over as chairman in 1994, only one can be even be considered mildly successful.

Gordon Strachan, Tony Mowbray, Garry Monk and Tony Pulis have all come in having done well at previous clubs and left with few fans questioning the decision. Even Mowbray, who came in at a time when the club was cutting costs and only getting 10-15,000 at the Riverside, was criticised heavily by the fans during the end of his tenure.

Woodgate is already being written off, but in truth, if the club hadn’t appointed unknowns in the past then we’d potentially be missing big chunks of our recent history. The Juninho/Ravanelli signings of the 90s, the Carling Cup win, the UEFA Cup run, promotion after 7 years away were all achieved by first-time managers.

The calls for the club to hire an external first-time manager such as John Terry, Michael Reiziger or, strangely, Gabriel Batistuta don’t make sense when there’s negativity surrounding Woodgate’s appointment.

Woodgate knows the club, knows the area and is apparently popular with the players. And if he has impressed the club’s hierarchy with his vision for the club in the interview process, then he needs support from the crowd to stand any chance of being a success.

A Jokanovic, or even a return of Aitor Karanka, would undoubtedly have made people sit up and take notice. However, there’s a reason they weren’t chosen and if Woodgate is the man to lead the club, he needs support.