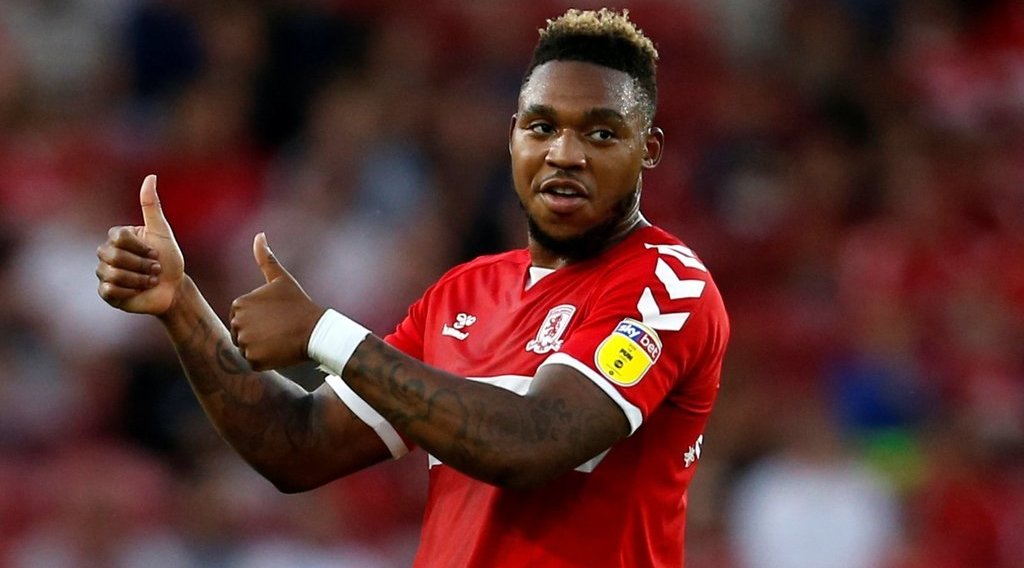 The Northern Echo reports that the Premier League side are stepping up their pursuit for the forward as a replacement for injured forward Wesley Moraes. Moraes was on the end of a season-ending knee injury in Aston Villa's Premier League game at Burnley, leaving the club short of options in attack. Jonathan Kodija is not seen as a capable replacement for the Brazillian, with the club looking at Assombalonga as an ideal fit.

Britt Assambalonga has established himself as one of the Championship's top strikers in recent years, and Villa manager Dean Smith knows a lot about the forward. The Middlesbrough record signing has not lit up the Riverside since his move, but is still regarded as a capable goalscorer.

Assambalonga possesses the ability to hold up play and involve his teammates in a way that fits the style of football played at Villa Park. It is believed that Villa have had talks with Boro regarding a transfer fee for the 27-year-old as they look to secure the signing in the January transfer window.

Assambalonga has been injured for the past month with a niggling ankle injury, but is expected to be fit within the next two weeks. Boro may be inclined to sell for the right price with Ashley Fletcher leading the line superbly in recent weeks.

The club have also gone on their best run of the season without the DR Congo international. It is not known how much is being demanded for his signing, but Boro would likely want to recoup a huge chunk of the £15 million fee they spent to bring him from Nottingham Forest two seasons ago.

If Assombalonga completes the move, Woodgate could have sufficient funds to spend on Aberdeen forward Sam Cosgrove who is reportedly a target for the club.