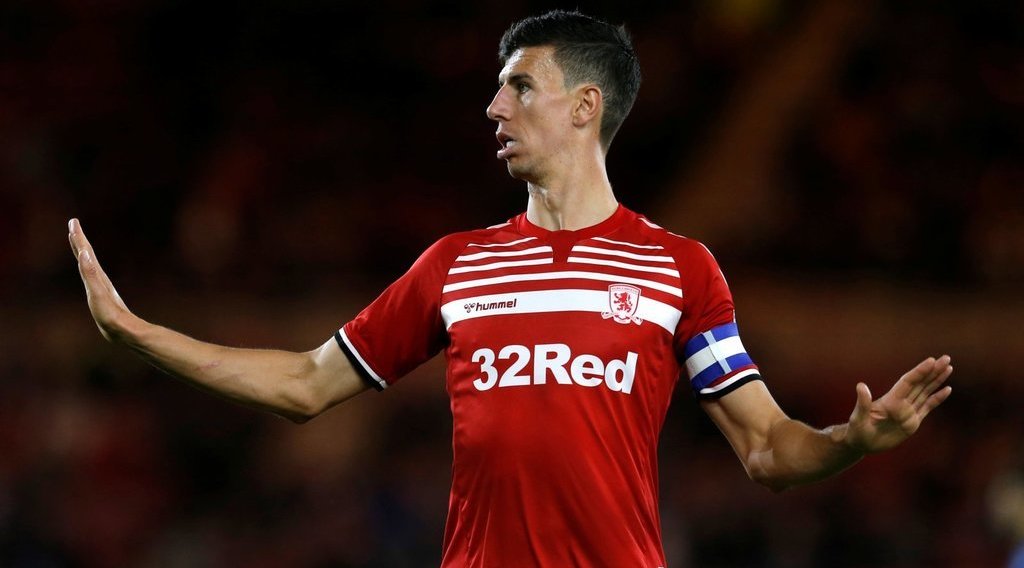 Leeds United have already made contact with the Boro defender about a potential switch in the summer.

Daniel Ayala is out of contract this summer and has yet to agree on a new deal with Boro.

The uncertainty about his future has led to speculation that the defender will join Leeds United on a free transfer.

There had been reports in January that Leeds United had approached Boro regarding a summer transfer. But an ill-timed injury meant that a move failed to materialise.

According to reports from Football Insider there is a growing sense that this could be his last campaign with the club.

Leeds United chief Victor Ora is a big admirer of the defender and believes he can help them in their Premier League campaign, assuming the club gains promotion.

Orta knows the defender well from his time at Boro and this could be key in Leeds tempting the defender to make a switch.

Fellow centre-back Dael Fry has been linked with a big money move to the Premier League which means that Boro will have to look to strengthen this position.

Ayala is regarded as one of the top defenders in the Championship and would be seen as a great loss to the club if he leaves on a free transfer.