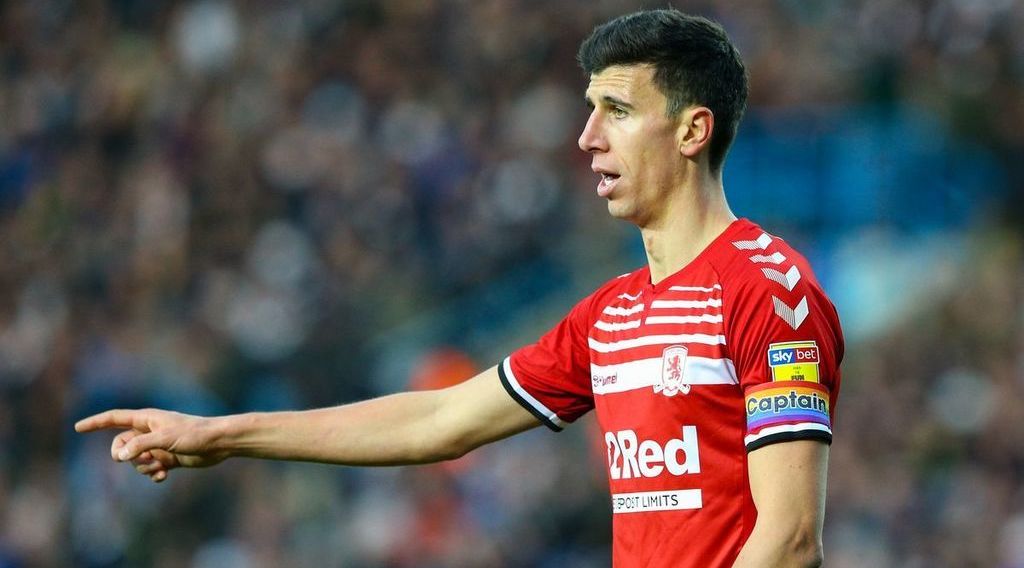 Ayala told to stay away from training as transfer saga continues

Middlesbrough have reportedly banned defender Daniel Ayala from the training ground after refusing to play in the club's remaining fixtures.

The current situation regarding the Spanish defender has taken an ugly turn with the player told to stay away from the club.

There had been reports within the club that Boro officials suspected that the defender would be on the move in the summer after he moved his family from their Teesside home after failing to agree on a new deal.

However, it was hoped that he would sign a short disclaimer that would enable him to feature in the remaining games of the season. Boro are two points off the relegation spots and have plenty to play for when the Championship resumes this weekend.

The saga with Ayala has been an unwelcome distraction which would not help the club in their quest to remain in the Championship. The Spanish defender is one of the longest serving players at the club and an important first-team player.

Boro boss Jonathan Woodgate will have to make do with the likes of Harold Moukoudi, Dael Fry and Ryan Shotton as his options at the centre-back position for the remaining games.

Ayala has been linked with a move to promotion-chasing Leeds United and this latest saga appears to have ended his stay at the Riverside Stadium.