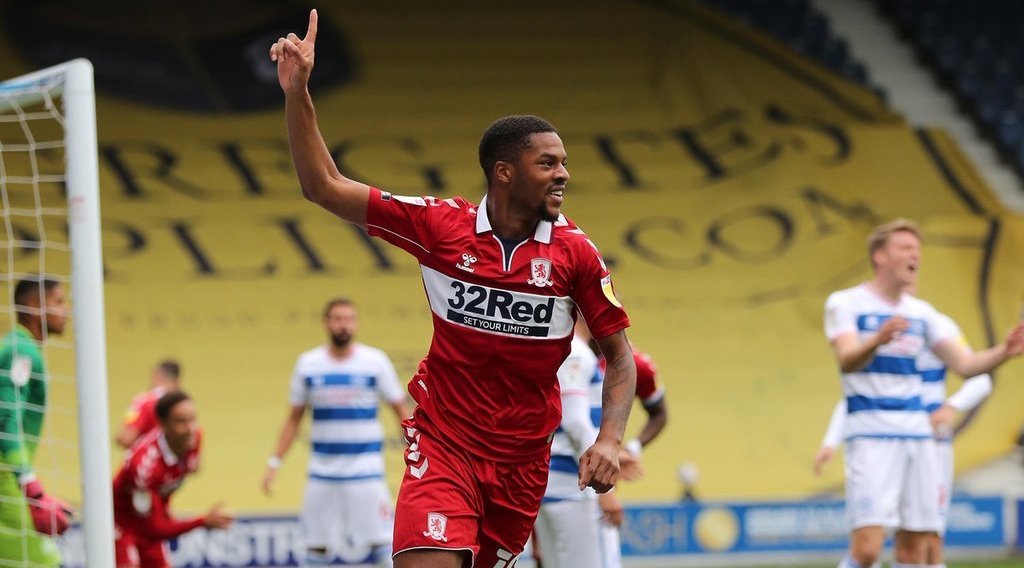 Boro and QPR play out 1-1 draw

New signing Chuba Akpom scored on his Boro debut to put Middlesbrough ahead, only for Osayi Samuel to hit back shortly after for the hosts.

Neil Warnock has been self-isolating after the result showed that he was positive for Coronavirus as he was unable to attend the match against the club he coached and took to the Premier League in 2011.

But he will have been delighted by striker Chuba Akpom's amazing start to his Boro career.

The host's manager Mark Warburton, on the other hand, will have been less than impressed by the shambolic defending which paved the way to the opening goal after 19 minutes.

QPR's inadequacies at the back were obvious through the previous season and during their recent 3-2 defeat at Coventry City were shown up again when Lee Wallace failed to stop Akpom who drifted away to score with a powerful header from Paddy McNair's left-wing corner.

QPR made it level nine minutes later when Osman Kakay passed the ball from the right allowing Boro transfer target Luke Amos to have a shot which was parried away by Marcus Bettinelli towards Osayi Samuel, who put the ball in the net from close range.

Boro appealed for a penalty, which which was denied before the interval, when former QPR defender Grant Hall went down under a challenge from Lyndon Dykes.

Both teams found chances hard to come by in the second half, until Tom Carroll nearly put Rangers ahead midway through the second half. Saville and Britt Assombalonga were both unable to make contact with Marcus Tavernier's cross from the right. Akpom later had a goal which was rightfully ruled out for offside.

Boro seem to be making progress as they continue to look for their first league win of the season.