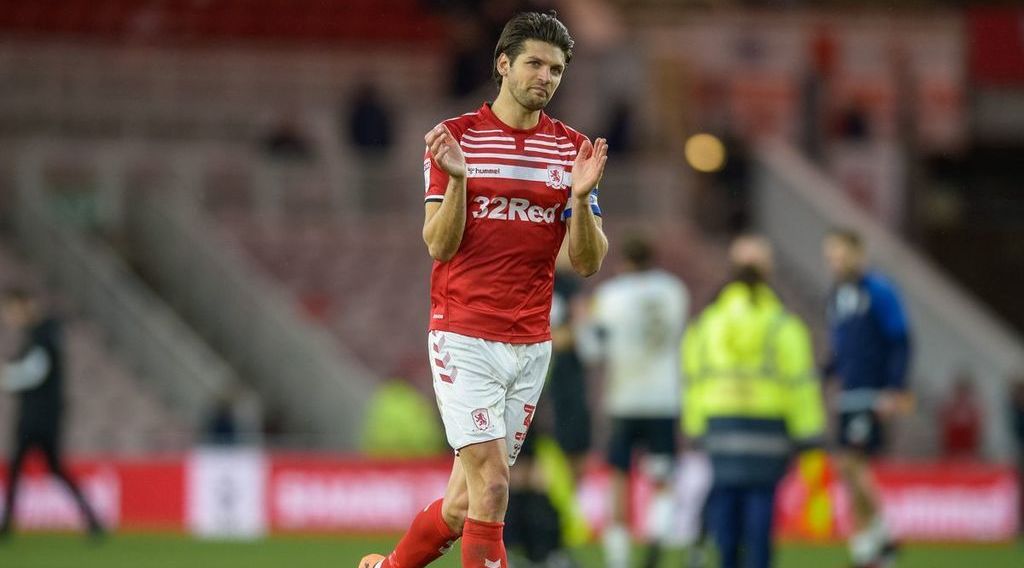 Middlesbrough are at risk of a summer overhaul with a number of players out of contract at the end of the season.

Clubs in the Championship are operating with constrained finances and this could mean that Boro lose the key trio of Daniel Ayala, Jonny Howson and George Friend for free next month.

It was speculated earlier in January that a move to Leeds United could be on the cards for Ayala, but an ill-timed injury put a halt on the transfer. Jonathan Woodgate rates the 29-year-old as a key component of the defence, but it appears his time at the club is nearing the end.

Jonny Howson, meanwhile, faces an uncertain future at the club as he is yet to agree a new deal. Howson is an important first-team player and has regularly filled in at centre back this campaign as a result of injuries.

Signed three seasons ago for £5 million, it is hard seeing Boro letting go of the midfielder for free.

Boro captain, George Friend, will be 33 by the beginning of next season and as Woodgate looks to mix youth and experience in the first team, the long-serving defender may find his opportunities limited at the club.

Friend has made over 300 appearances for Boro since joining for £100,000 from Doncaster Rovers.