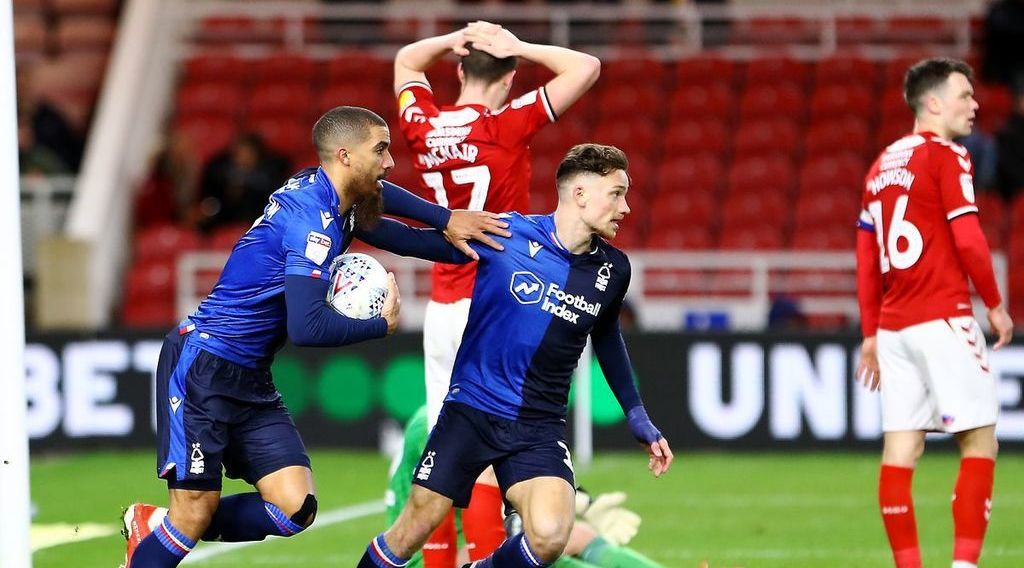 Boro remain in the relegation zone following a 2-2 draw with Forest on Monday evening.

The home side went behind in the 28th minute following Ryan Yates opener from 22-yards.

However, Rudy Gestede brought Boro level with a back post header in the 40th minute.

Lewis Wing made it 2-1 for the hosts just before halftime following a fine counter-attack.

The second half was cagey with Boro sitting deep and Forest looking to push for an equaliser. With less than 4 minutes left in the game Lewis Grabban grabbed the equaliser after fending off goalkeeper Aynsley Pears.

After the game, Middlesbrough boss Jonathan Woodgate questioned the decision by the referee to allow the goal stand.

According to him, the goal should have not stood as there was a foul on the goalkeeper.

“Nine out of 10 times that goal doesn’t count so I thought it was a bad decision from the referee.”

“If you look at any contact on the goalkeeper it’s given,” he said.

Boro remain in the relegation places, one point adrift if safety and the draw against Forest makes it 12 matches without a win for the club.