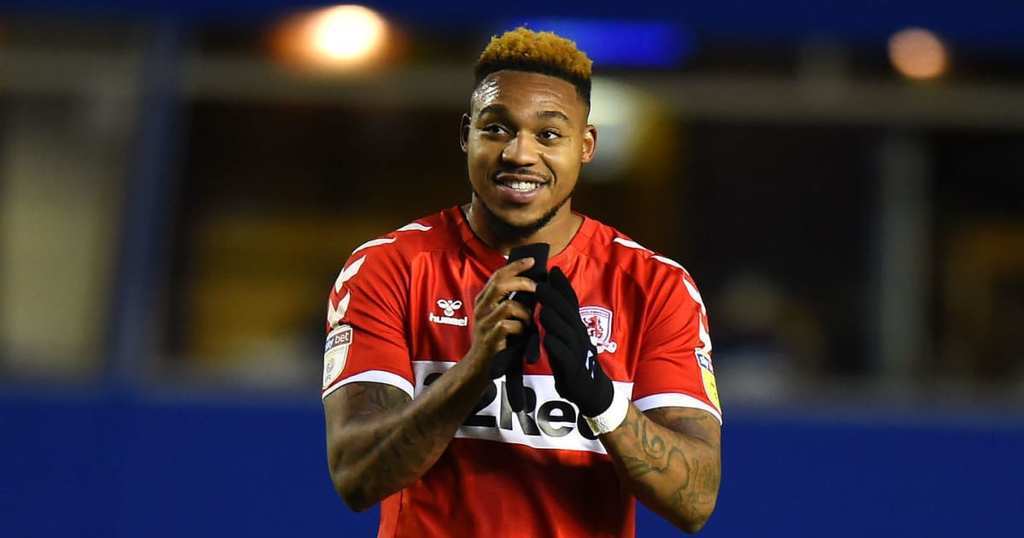 Middlesbrough are confident that record signing Britt Assombalonga will remain at the club until the end of the season.

Assombalonga has been linked with moves to Leeds United and Aston Villa this window.

The 27-year-old is regarded as one of the top strikers in the Championship, and despite his below-par season, several clubs have continued to monitor his progress.

Leeds United, in particular, have been weighing up a transfer for the striker as they look to beef up their attack. They are currently short upfront following the return of Eddie Nketiah to Arsenal earlier in January.

Assombalonga is viewed by Leeds United as an ideal player to support Patrick Bamford in attack.

The Elland Road outfit are wary of a repeat of last season where the team fell off towards the second half of the season to drop out of the automatic promotion places.

With a week left in the January transfer window, Leeds are running out of time to sign the DR Congo international.

Boro are demanding nothing short of the £15 million they paid for the player two seasons back.

Manager Jonathan Woodgate wants Assombalonga to remain at the club as he seeks to make an unlikely push for the playoff spots.