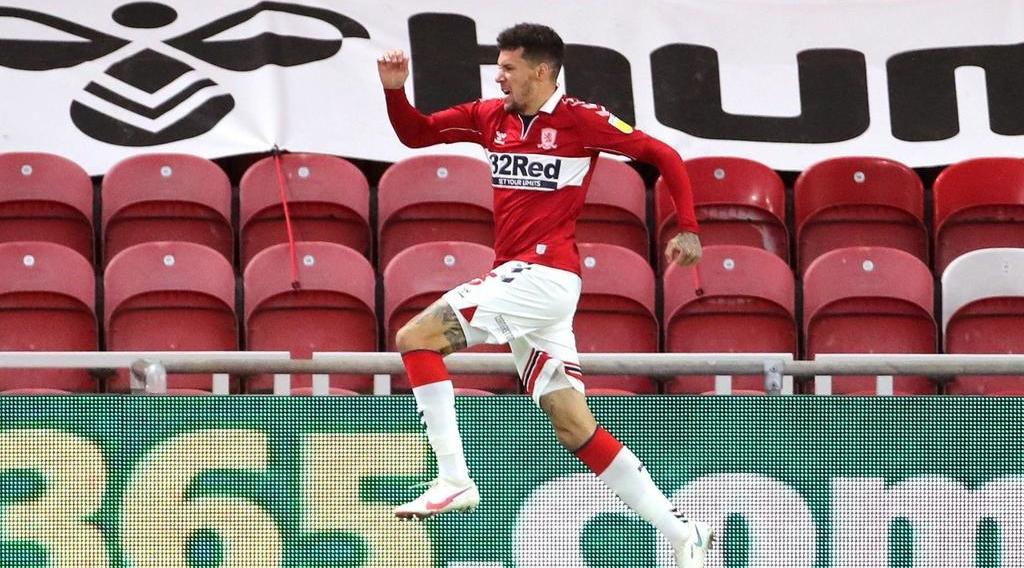 Boro edge past Nottingham Forest at The Riverside

It was an afternoon that saw Nathan Wood make his full league debut for Boro.

Marvin Johnson capped off another great team performance for Boro, by scoring the only goal of the game as Neil Warnock’s side inflicted a first defeat on newly appointed Forest manager Chris Hughton.

Neil Warnock's side continued their fine run of form that has seen them remain unbeaten since the opening weekend of the season, with three wins in four games.

Nottingham Forest failed to record a single effort on target as they slumped to their first defeat in five matches, with Boro's dominant display apparent throughout the match.

With Dael Fry unavailable, Warnock was forced into a tactical reshuffle that saw him start with a back four rather than the five-man backline he has been fielding for the vast majority of the season.

Teenager Nathan Wood came in for his first Championship start, and the youngster impressed as Boro set about containing a Forest side that have improved since the appointment of Chris Hughton as manager.

The visitors failed to record a single effort on target in the first half, as Boro dominated and showed signs of improvement in their attack, but while they created a number of good chances before the interval, they were unable to take any of them.

Sam Morsy's afternoon ended early for Boro when, after picking up a yellow card, he was brought off to avoid any further punishment amid frustrations in a contest that was littered with free-kicks.

Coulson and Bola were causing major problems down the left side, whilst Anfernee Dijksteel dominated down the right, George Saville turned in another great shift, and Jonny Howson was outstanding in the middle of the park as Forest were forced into defending with 10 men behind the ball.

Just as against Coventry in midweek, the all-important moment came in the 80th minute.

Saville delivered a ball to the far post and Marvin Johnson converted it into the back of the net with virtually his first touch of the match, after leaving the substitutes bench as he ran past former Boro defender Cyrus Christie to score the only goal of the match.