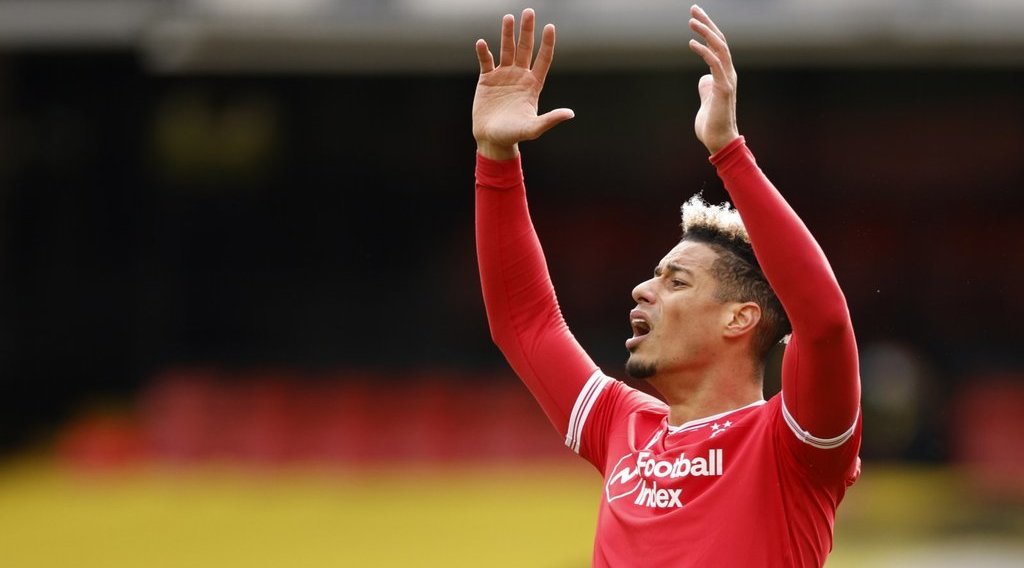 Nottingham Forest are likely to allow one of their forwards to leave the club on loan ahead of next season, and it seems Middlesbrough are monitoring his progress.

Reports from Football League World have claimed that Middlesbrough, Barnsley, and Blackburn Rovers are all monitoring the progress of Nottingham Forest forward Lyle Taylor.

Taylor played 39 Championship matches for Forest last season, 24 of which are from the bench. He could only score 4 goals during the process.

The 31-year-old has a deal with the club until 2023, but it seems they may allow him to leave the club on loan this summer transfer window.

Nottingham Forest boss Chris Hughton is interested in signing a new striker this summer and is open to letting Taylor leave on loan.

If Nottingham Forest eventually sign a new striker, opportunities will even be more difficult to come by for Taylor. Middlesbrough will most likely continue to monitor him and make a move for him if they fail in their bid to sign strikers of their interest.