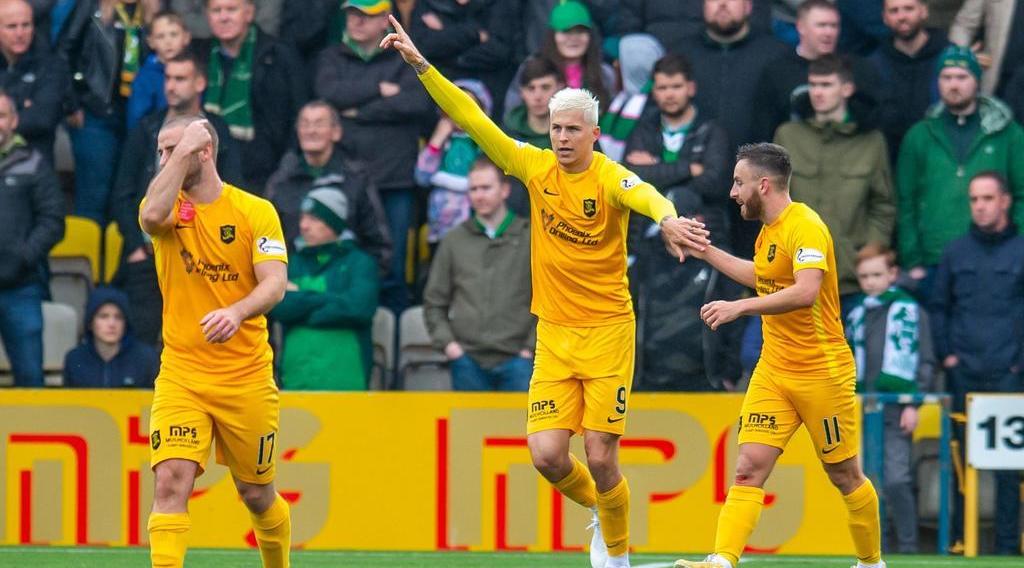 The Livingston striker has responded to speculation linking him with a move away from the club.

Lyndon Dykes has admitted he is eyeing up a move away from Livingston to a higher level of football.

The striker has scored 9 goals and contributed 8 assists in 24 Scottish Premiership games this season and has caught the eye of several clubs.

Dykes told The Daily Record "I'm really enjoying my time at Livi. But I’m also confident I can push on and reach an even higher level at a bigger club."

"There's been a bit of talk and a few clubs interested but I've not heard anything concrete. It's good to be talked about, but I don’t read too much into it."

Boro had been linked with a move for Dykes earlier this week, with the 24-year old catching the eye of several other Scottish Premiership and English Championship clubs. Stoke City, Blackburn Rovers, Millwall, Wigan Athletic and Barnsley join Celtic and Rangers who have indicated interest in his services.

The forward is eligible to play for both Scotland and Australia and is hoping a move will lead to an international call up.

"I'm backing myself internationally as well and I think I can keep learning and improving. I want to look back when I retire and know that I've pushed as hard as I can in my career," he said.

"It's crazy when you look back. They are a lot of players out there who've been at academies and big clubs when they were younger, playing football for so many years."

"But I'm new to the pro scene and have come from nowhere really. I just kinda played Saturday league and mucked around, and now I’m here via Queen of the South."

"Once I got that sniff of it, I knew this was what I wanted to do."

Dykes is not expected to come cheap, with the Scottish side putting a price tag of £2 million for their star man.