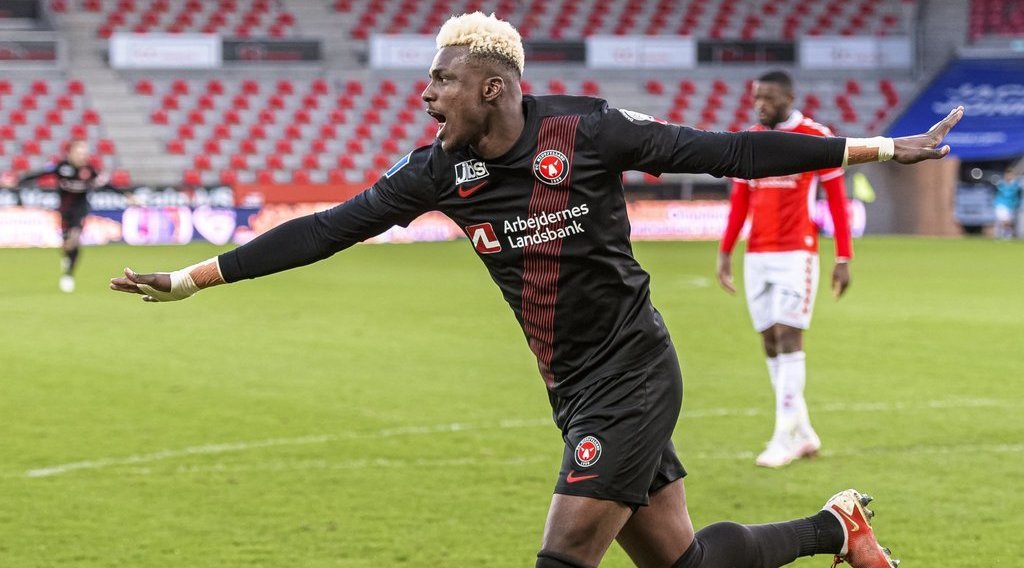 Middlesbrough have been linked with a move for Sory Kaba, who plays for FC Midtjylland in Denmark.

Boro have reportedly joined Watford and Swansea City in the race for Sory Kaba, as they look to make moves for strikers in the transfer window.

Kaba has played 27 Danish Superliga matches for the Denmark side so far this season and he has had a hand in 14 goals, with 11 goals scored and three assists.

The forward also played in the Champions League for the club, before they were knocked out of the competition.

The 26-year-old has a deal with the club until 2024, however, Swansea City appear to be the most interested in a deal for him.

Middlesbrough will continue to be linked with various strikers until the end of the summer transfer window. They are expected to sign at least two strikers to replace the departed Ashley Fletcher and Britt Assombalonga.