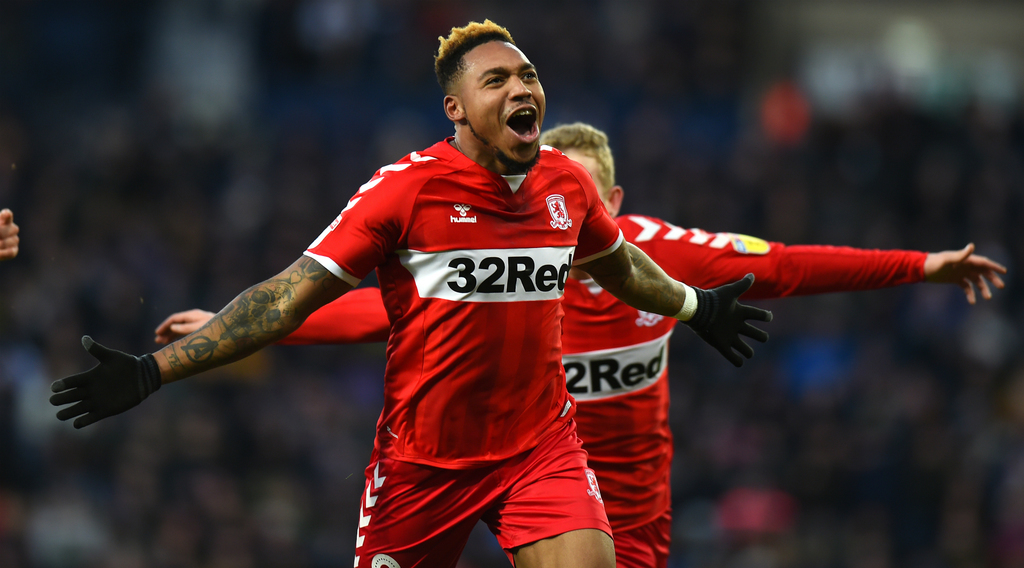 It's looking more likely that Assombalonga's time at Boro will be coming to an end in the summer transfer window.

According to reports, Scottish Premiership Champions Rangers have been linked with a summer transfer move for Middlesbrough FC striker Britt Assombalonga.

Assombalonga has only scored five goals for Boro this season, after playing 29 matches. It is a poor return for the striker who signed for £15m from Nottingham Forest back in 2017.

The 28-year-old's deal at Middlesbrough will also end this summer.

As one of the highest earning players at Boro, it looks likely that club will not offer him a new deal, and it can only mean that his time at the Riverside is over.