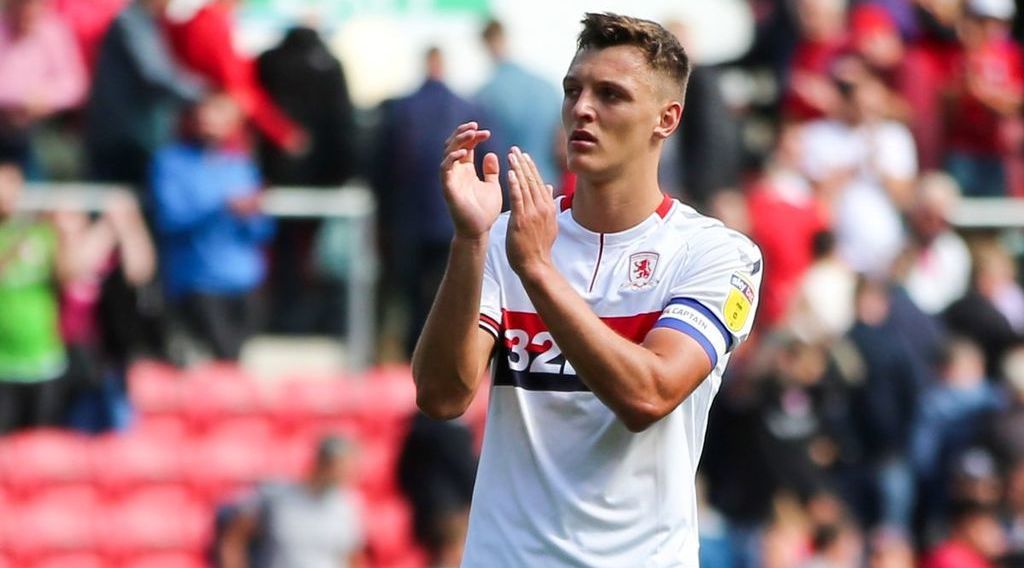 The Sun claims that Burnley manager Sean Dyche is keen on bringing the 22-year-old defender to Turf Moor.

Fry is highly rated by the Boro hierarchy, having come through the academy ranks at the club.

It is understood that Burnley are lining up a £10 million transfer bid for the defender, having had a £8 million bid rejected by Boro in the summer transfer window.

The Premier League club believe that Boro would find it difficult to turn down their offer for the highly rated England U21 centre-back.

Fry fits the mould of a Burnley signing, with the defender 6ft 4in and a towering presence in the defence. It is not known whether Boro would entertain an offer for the defender given their defensive crisis.

Jonathan Woodgate's side have been rocked with injuries at the back, with Fry the only fit centre-back at the moment.

If the club sanctions a sale for Fry, it could cause discontent from the fans, but £10 million is a good fee for a player of his status.

Boro have been faced with financial issues and with FFP compliance regulation could decide to cash-in on their prized asset.

Boro have already sold a key player, with Darren Randolph making a return to West Ham United. It will be interesting to see if Fry would be the second player to leave the club on a permanent transfer.