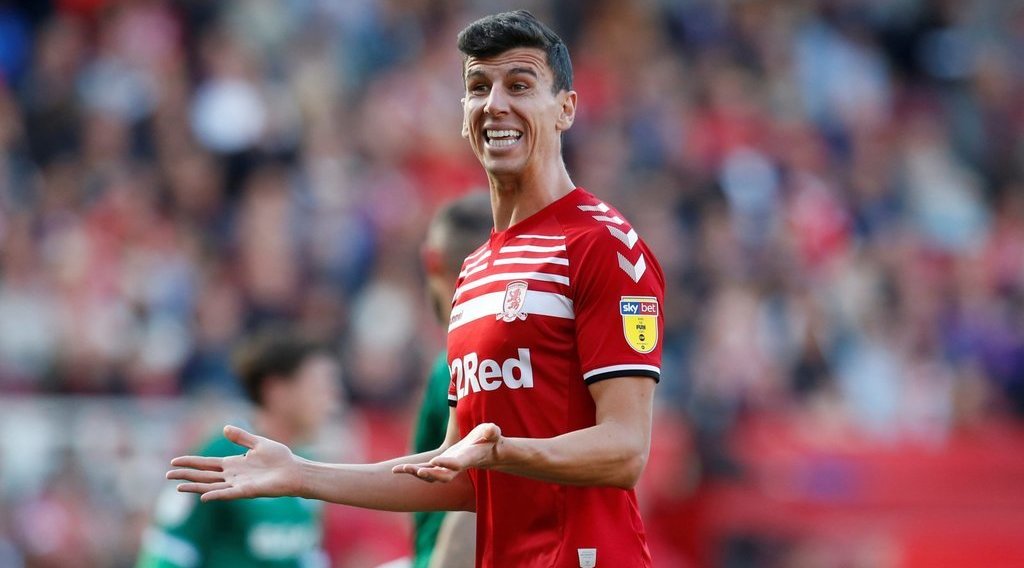 Daniel Ayala appears to have played last game for Boro

Middlesbrough defender Daniel Ayala appears to have played his last game for the club, according to reports from club insiders.

The centre-back has refused a new contract with the club and failed to sign a short-term disclaimer that would have enabled him to play beyond the end of the month.

The defender's contract expires at the end of the month and he has so far turned down all offers from Boro.

It is widely expected that Ayala will make a move to promotion chasing Leeds United in the summer transfer window.

Ayala emerged as a popular figure at the club, with his sturdy presence in defence a calming influence. Despite his refusal to sign a new deal, he remains eligible for Boro's two matches before June 30th, but the Boro hierarchy don't want the defender anywhere near training at Rockliffe Park.

Woodgate wants players that are focused on the club's fight to escape relegation and does not want off the pitch distraction.

Ayala will be missed in the remaining games, but with the likes of Dael Fry and Harold Moukoudi available, Boro should have enough to get through the season.

This is a disappointing end to Ayala's career at the club, which has been a fruitful relationship until now.