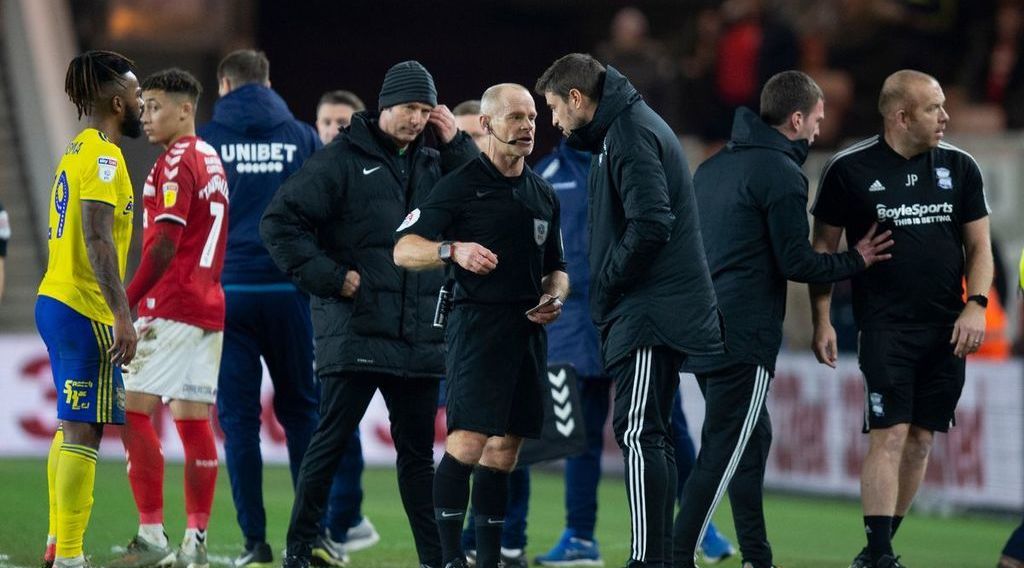 The FA have charged Middlesbrough and Birmingham City for failing to control their players and staff during the Championship tie on Tuesday.

Both sides played a fiesty 1-1 draw with a major incident happening during the 87th minute of the game.

Birmingham City thought they had scored the winner after Lukas Jutkiewicz put the ball in the net. However, the referee had stopped the play due to a head injury to Marcus Tavernier.

Both benches flared up with Birmingham City livid that Boro medical staff had entered the pitch while the play was on, while Boro were angry that the play was not stopped.

The flare up led to a fracas on the bench with Birmingham City head of performance Sean Rush and Boro coach Leo Percovich seeing red.

Boro manager Jonathan Woodgate played down the situation after the game but his opposing counterpart Pep Clotet insisted that the goal should have stood.

The FA has issued until 28th of January for both clubs and coaches to respond to their respective charges. It is most likely that Birmingham and Boro would be fined for failing to control their players and staff.

The duo of Percovich and Rush could be issued suspensions following the fracas that occurred on Tuesday.