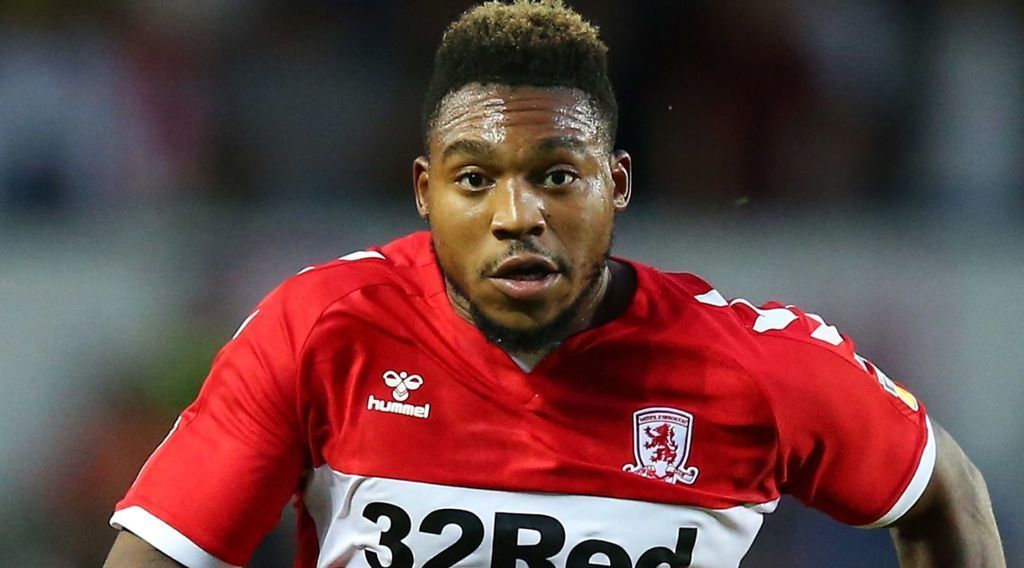 Fulham linked with a transfer for Boro striker

Middlesbrough forward Britt Assombalonga has been touted as a potential transfer target for Fulham according to reports.

Fulham striker Aleksandar Mitrovic suffered a suspected ankle injury in Fulham's 1-0 victory against Hull City, which has put his season in the balance.

Mitrovic has been the major goal threat for the Cottagers, netting 18 goals in 26 appearances this season.

Assombalonga is seen as a safe transfer bet that would guarantee goals for the London club in the Championship.

The DR Congo forward has already been linked with a move away from Boro in January with Premier League side Aston Villa said to be interested in his services.

Fulham have money to spend and will likely back manager Scott Parker as they look to return to the Premier League at the first time of asking. Boro are open to selling the forward at the right price.

However, manager Jonathan Woodgate has refused to talk about the player's future when quizzed by reporters in recent matches.

Assombalonga is currently out with an injury and has not played in the past month. During this period Boro have enjoyed their best run in the League, currently on a six match unbeaten run.

This suggests that Woodgate can cope with an exit to the former Nottingham Forest striker, with the likes of Ashley Fletcher enjoying a good spell of scoring spree in his absence.

Assombalonga is Middlesbrough's record signing, having joined the club for £15 million two seasons ago.