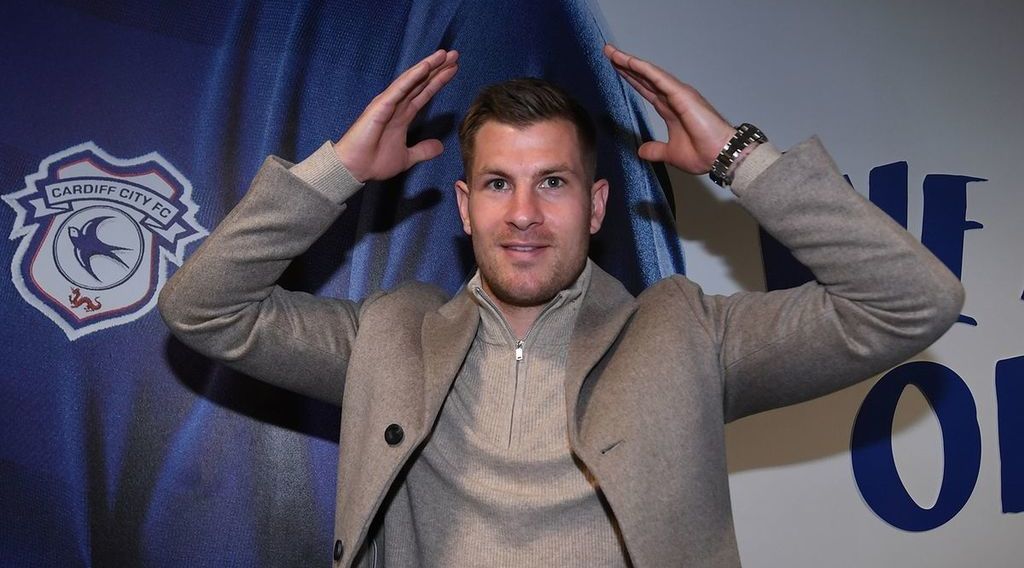 Middlesbrough missed out on signing James Collins, who opted for Cardiff City from Luton Town as a free agent

James Collins signed for Cardiff City a few days ago, and he has revealed his reason for signing for the club, thus allowing him to snub interest from Middlesbrough.

Collins scored 10 goals in 42 Championship appearances for Luton Town in the just-concluded season, helping the Hatters to finish 12th in the table with 62 points.

He has now left the club with his deal set to expire this summer. He had different options, but he opted for Cardiff City, citing the club's manager Mick McCarthy, who was his previous coach with the Republic of Ireland, as a major factor he considered before joining the Bluebirds.

Collins said to the club's website that “it was a massive factor.”

“Ever since I knew the gaffer was interested in me, I wanted to come and play for him.”

“He gave me my Ireland debut, and I loved working under him. It was definitely a big factor signing for Cardiff.”

It was a blow for Middlesbrough, who couldn't sign the 30-year-old considering they could have signed him for free. They now have to make moves for other strikers.