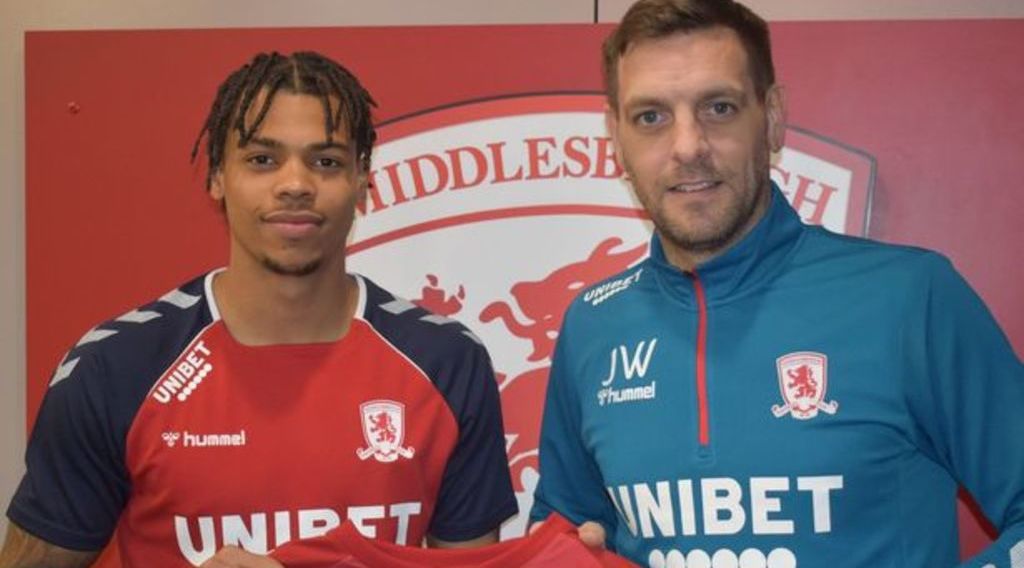 Middlesbrough have continued to show their intentions in the January transfer window with the signing of Lukas Nmecha on loan from Manchester City.

Boro made the announcement today as Nmecha joined fellow Manchester City loanee, Patrick Roberts, at the club within the last 24 hours. The forward was pictured holding a Middlesbrough shirt alongside manager Jonathan Woodgate who expressed his delight on the signing. "We’re delighted to bring Lukas to the club."

Woodgate believes that Nmecha, alongside Roberts, could bring a new dimension to the Riverside as both players are young and hungry to succeed. "He is another young, hungry player of real quality and it's great that we've been able to get him. In Lukas and Patrick, we have signed two very good players."

The 21-year-old has been with Manchester City for close to a decade and made his club debut in the EFL Cup in 2017. Nmecha spent last season on loan at Preston, making 38 appearances and scoring four goals. Tipped as a rising talent at the Etihad, the forward was unable to have an impact in the first half of the season at German side Wolfsburg and is looking to rediscover his form in the Championship.

Nmecha is an excellent all-round forward with good pace and an eye for goal and would increase the striking options for Woodgate in the second half of the season. He is capable of playing on the wing and could also lead the line as a center forward.

Middlesbrough fans would be delighted at how decisive Woodgate has been in the transfer window despite talks of financial issues within the club.