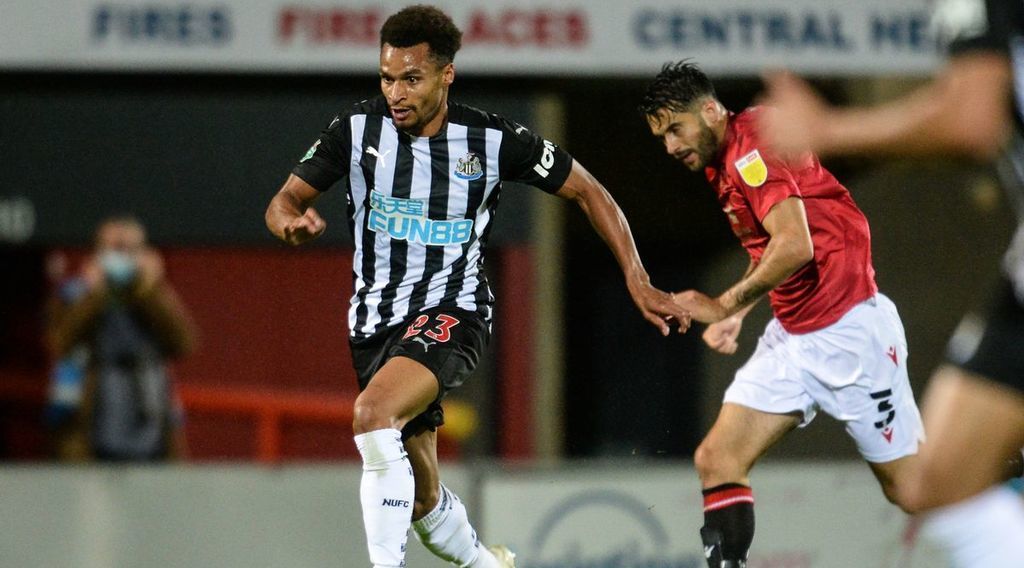 Middlesbrough have been dealt a blow in their pursuit of Newcastle United winger Jacob Murphy.

Jacob Murphy has had his ups and downs with loan spells at Sheffield Wednesday and West Bromwich Albion since joining Newcastle United in the summer of 2017 in a reported £12 million deal.

The performance of the winger against Morecambe has changed Steve Bruce's mind of sending the player on a loan or a permanent sale.

The winger is a loan target for Middlesbrough, Sheffield Wednesday and Rangers, but Steve Bruce said "I won't be letting him out on loan, not after a performance like that. He deserves to stay with us."

"He's improved enormously. I've been very, very pleased, even though he hasn’t made the squad for the weekend. We've got 20-odd players to choose from. But, at this particular moment, I won't be letting Jacob go out."

His performance in the League Cup third-round tie followed an impressive pre-season campaign.

"He showed a great attitude towards it. I think you’ve also witnessed he’s benefitted obviously from being out on loan. He had a really good loan at Sheffield Wednesday, where they speak highly of him."

"He's a good young player who's direct and quick and he's grasped his chance."

Boro continue in their search to strengthen their squad ahead of the close of the transfer window.