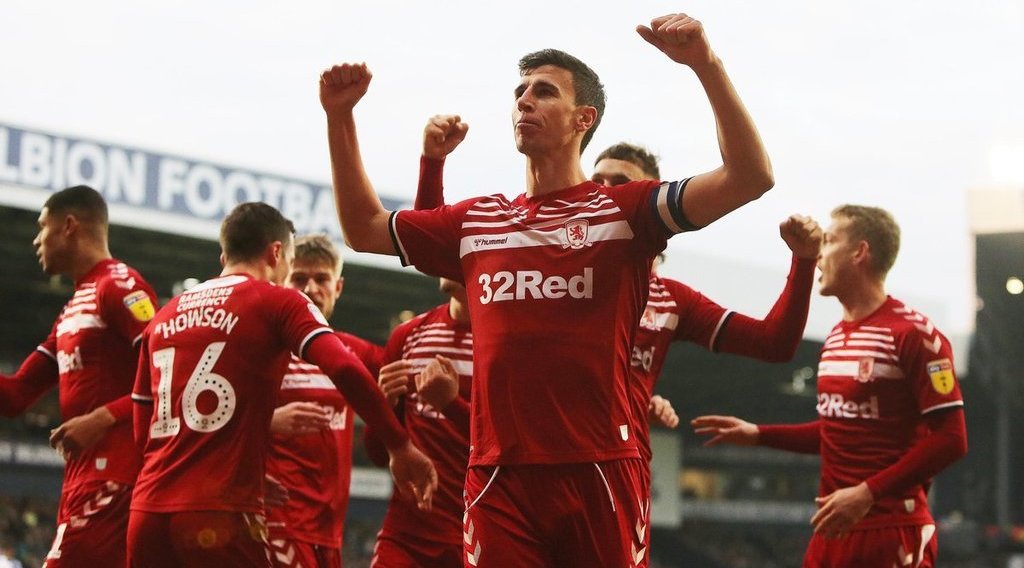 Middlesbrough stunned West Brom at the Hawthorns as Jonathan Woodgate recorded his first away win.

It was always going to be an uphill task for Middlesbrough ahead of the last match of the decade at Championship leaders West Bromwich Albion, but the Teessiders came into the match with a plan and executed it to perfection. Woodgate started the game with the 4-2-3-1 formation with Ashley Fletcher leading the line ahead of Britt Assombalonga who is not yet fit to play despite recovering from an ankle injury.

The away side kept it nice and simple by being compact with West Brom getting the lion share of the ball as they looked to avoid an early goal. The game was cagey until Boro won a corner in the 17th minute, the resulting set piece was nodded home by defender Daniel Ayala who got to the ball before Sam Johnstone to give the away side a shock lead.

West Brom responded positively to the set back and began to pile the pressure on Middlesbrough as they sought an equaliser before halftime, however, Boro held on to the lead by the break. The second half was more of the same with the hosts trying to break through their stubborn opponents who were content to sit behind the ball and bide their time on the counter.

Hal Robson-Kanu had a long range attempt saved by Aynsley Pears and the stopper was at his very best to deny West Brom from close range towards the end of the match. Deep into stoppage time, Ashley Fletcher made the points safe by scoring one of the contenders for goal of the season after rifling home a volley from more than 30 yards.

The final result meant that West Brom relinquished top spot to Leeds United on goal difference while Middlesbrough moved three spots up to 16th in the League table.