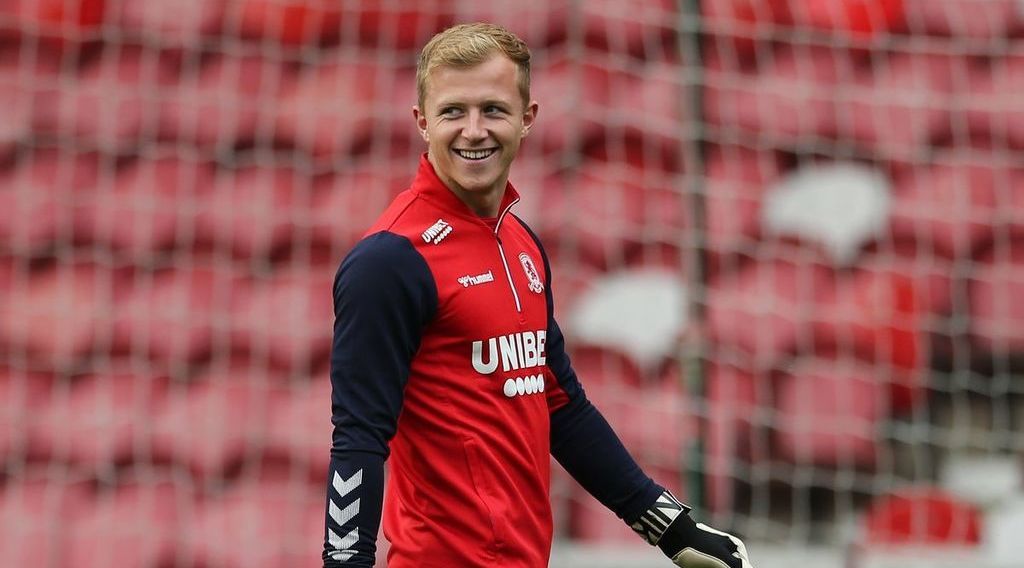 Boro are closing in on a new deal for goalkeeper Aynsley Pears.

This news was confirmed by manager Jonathan Woodgate during a recent interview. Pears has less that four months remaining on his current contract.

However, it is understood that Boro have an option of an extra year with his existing contract.

The club have in recent months secured the futures of several youngsters including Djed Spence, Marcus Tavernier and Hayden Coulson.

However, the negotiations with Pears appear to be taking longer with both parties yet to agree on a concrete contract.

Woodgate revealed that he was very confident of securing a deal with the player.

“I’m sure it will get done sooner rather than later,” he said.

Pears has enjoyed an impressive stint with the club which has been a revelation considering the initial circumstances.

Pears was set to go on loan to Macclesfield Town at the start of the season but remained due to an injury to Darren Randolph in pre-season.

Pears has established himself as the first choice stopper following the departure of Randolph to West Ham in the January transfer window.

Boro have gone through a rough patch in recent weeks with the club failing to win in nine matches.

Boro will be hopeful that the 21-year-old signs a new deal with club in the coming days.