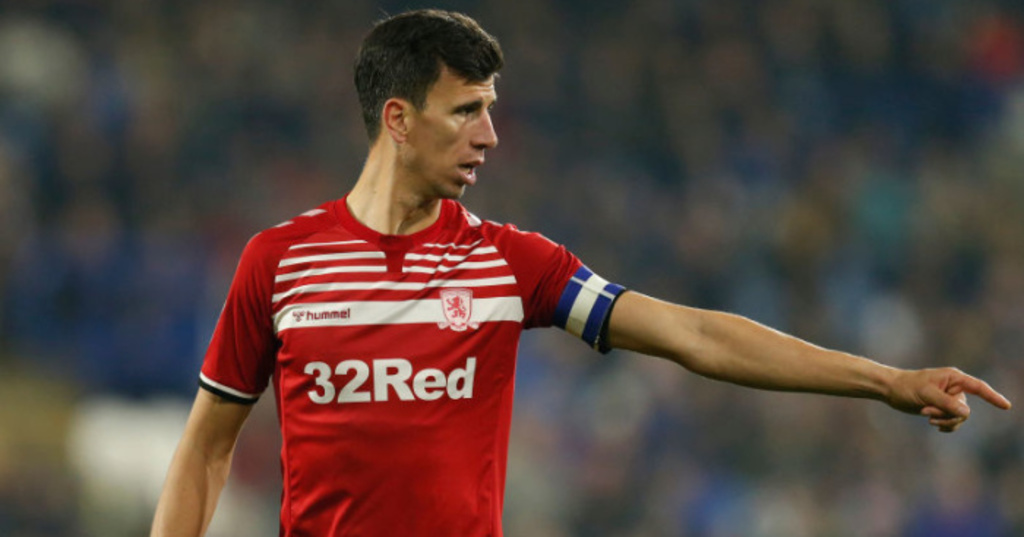 Middlesbrough defender Daniel Ayala has responded to reports about an impending transfer.

Speaking recently to Hartlepool Mail, the 29-year-old revealed that he remains keen to stay at Middlesbrough until the end of the season unless a massive offer comes in.

Ayala has been one of the impressive players for Jonathan Woodgate's side, with the experienced defender one of the first names in the starting line-up.

Despite Boro's disappointing start to the season, Ayala's form has not gone unnoticed with the likes of Leeds United, Fulham and Stoke City keeping tabs on his contract situation. The Spaniard has just six months left on his contract and can engage in discussions with foreign clubs from January for a Bosman transfer.

English clubs would have to speak with Middlesbrough regarding a transfer and the club may be looking to cash in rather than letting him leave on a free transfer at the end of the season. Ayala has also been the stand-in captain this season with first choice skipper George Friend having suffered an injury that will keep him out of action until February.

It is understood that Leeds United are the club most likely to push for his transfer with manager Marcelo Bielsa a fan of the 29-year-old who is strong in the air and good with his feet. The Championship leaders are expected to make a bid for a cut-price fee for the defender, and it remains to be seen if Middlesbrough would sanction a deal for their star defender.

Ayala was impressive in Middlesbrough’s surprise defeat of West Brom on Sunday, netting the first goal and helping the club keep a clean sheet at the Hawthorns.