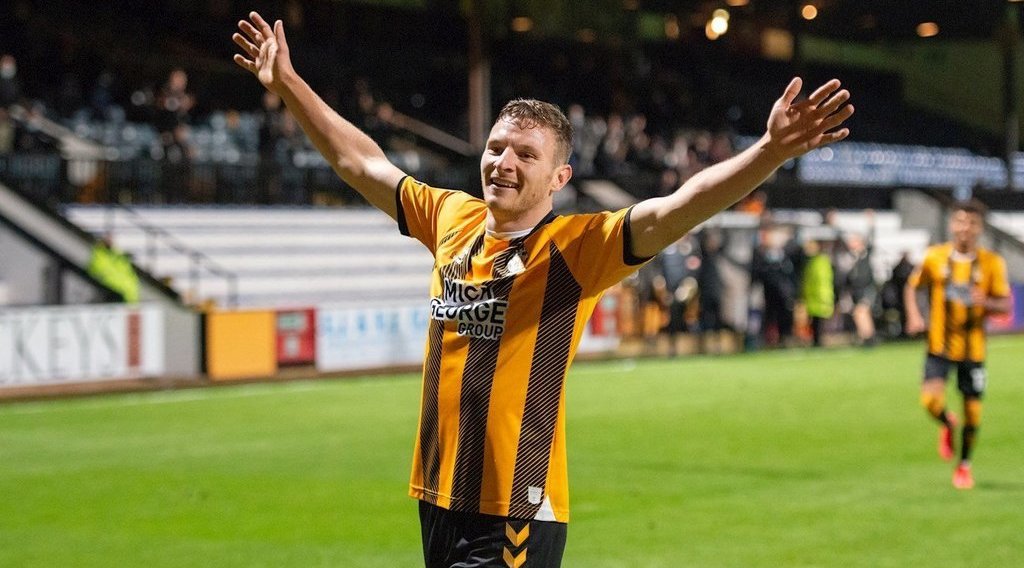 Cambridge United have finally released striker Paul Mullin with his deal expected to finish this summer. Mullin rejected a new contract offer as he targets a move.

Mullin has sent a heartfelt message to Cambridge United, telling them he had an amazing time at the club.

Mullin helped Cambridge United secure promotion to League One thanks to his goal tally of 32 goals and four assists in 46 League Two matches.

Despite Cambridge United playing in League One next season, Mullin seems to have a different agenda.

The 26-year-old has taken to Twitter to write a heartfelt message for the fans;

"Thank you to every single person connected to Cambridge United," Mullin said.

"It was an absolute pleasure to play for your club. I would have loved to stay forever. We tried to work things out, but ultimately we just couldn't."

"I owe a lot to the Gaffer, all his staff and especially my teammates, and we achieved something that no one would have ever thought was possible!"

"I will never forget celebrating with the fans on top of the roof after promotion! Have a stand named after me (although just for a few games) and breaking a goalscoring record or two!"

"It's a shame I never got to share it with the Amber Army more often!"

"But until we meet again... your club will always be in my heart."

The race to sign Mullin is on, and according to reports it seems Middlesbrough are in the best position to sign the forward in the transfer window.