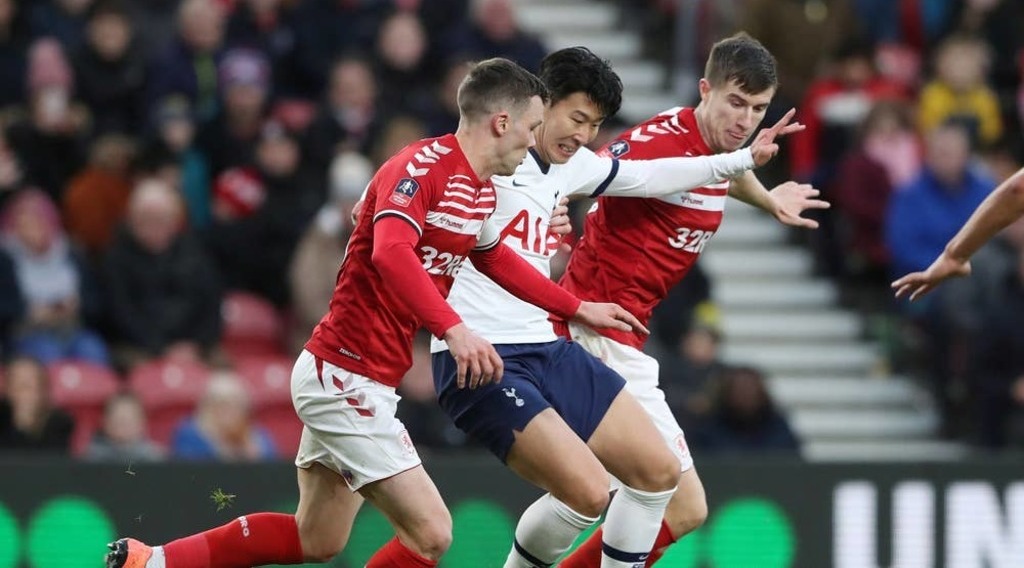 Middlesbrough played out an entertaining 1-1 draw with Tottenham in the FA Cup to force a replay.

The game was a test for Jonathan Woodgate's side who had embarked on a run of four victories and were looking to take the scalp of a top Premier League side.

Woodgate made changes to the team that defeated Preston with new signing Patrick Roberts, making his debut and third choice stopper Tomas Mejias in goal.

The away team started the brightest with Christian Eriksen's shot from distance comfortably saved by Mejias. Tottenham controlled possession, but Boro were resolute with their shape and looked to threaten on the counter.

Their best chance of the first half came from a Paddy McNair corner that was attacked by Dael Fry, who forced a double save from Paulo Gazzaniga in the opposing goal. The follow-up shot from George Saville was cleared off the line by Toby Alderweireld.

Both sides went into the break goalless with the game finely poised for the second half. Boro took the lead just five minutes after the restart as Ashley Fletcher latched on to a through ball from Saville and was clear on goal.

The in-form striker calmly slotted past Gazzaniga despite his best attempts to keep the ball out with his feet.

Tottenham were rocked but responded in the 61st minute when Serge Aurier's cross was nodded home by Lucas Moura.

Neither side could not find a winner with Moura coming close for Spurs with a shot that was saved by Mejias late on.

Boro will be happy with the result and replay, but Tottenham boss Jose Mourinho will be disappointed with an extra fixture to their busy schedule.