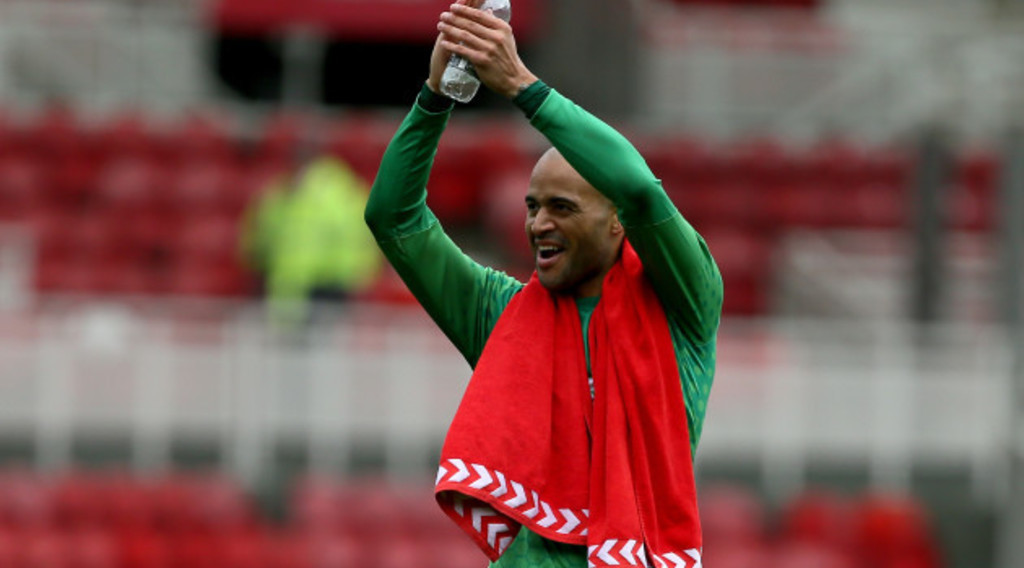 Middlesbrough stopper Darren Randolph is set to undergo a medical at West Ham United in the next 24 hours after a fee was agreed by both clubs.

Speculations had been rife regarding his future in recent weeks with West Ham United keen on reuniting with the Irish international.

Middlesbrough had initially rejected a bid for his signature but The Athletic claim that a fee of £4 million has been agreed by Boro.

Randolph has been impressive since moving to Boro in 2017 with the stopper staking a claim as one of the best in the Championship. He is also the number one for his country and has the experience to perform in the top flight.

He would be expected to provide competition for current number one Lukasz Fabianski at the London Stadium. Boro meanwhile are unlikely to dip into the transfer window for a replacement following the emergence of Aynsley Pears.

The 22-year-old has filled in superbly since Randolph's injury, keeping seven clean sheets in 11 matches so far. He is also expected to be rewarded with a new contract which underlines the clear succession planned by the club.

Randolph would be a huge miss for the club, as he is a fans favourite, but sources close to the player revealed that his heart is set on the move. This could be his last chance of making a big-money move.

Randolph has played 106 league games for Boro since arriving in 2017.