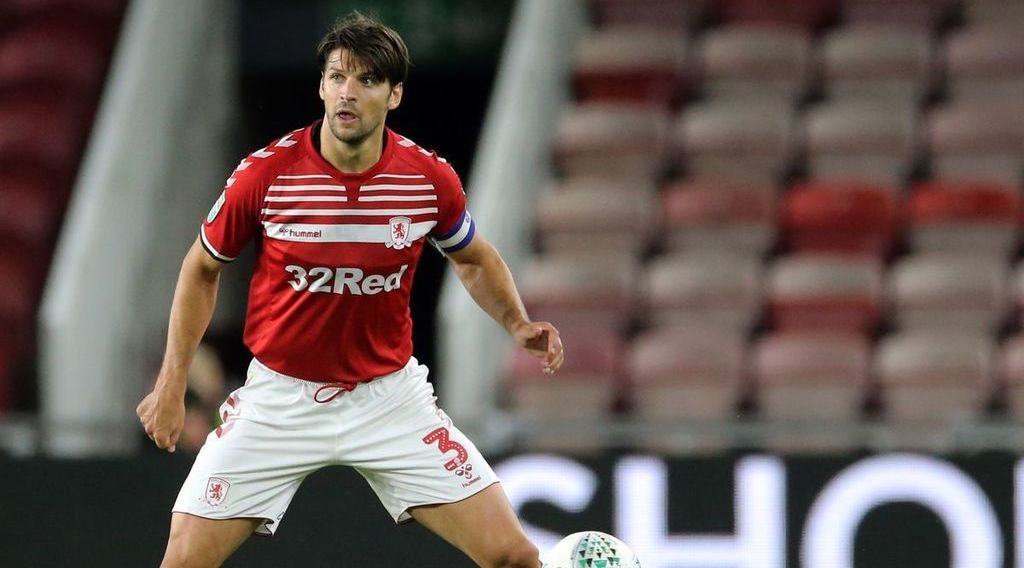 Stoke City have been linked with a shock move for Middlesbrough defender George Friend.

The Northern Echo claims that George Friend has emerged as a target for the Potters due to his versatility.

The 32-year-old fullback has been sidelined with an injury since November, but is set to return in February.

The report further says that Stoke City boss, Michael O'Neil, is keen to bring the player to the Bet365 Stadium.

O'Neil is expected to be given funds in the January transfer window and is looking at players that can help the club distance them from the lower end of the Championship.

Friend is a fans favourite at the Riverside Stadium but is among the highest earners at the club. With rumours of financial trouble and FFP in recent months, Boro could cash-in on a player who turns 33 at the end of the season.

It remains to be seen if Friend would be convinced to leave Boro for a club that has been flirting with the relegation spots all season. However this could be the last chance for the defender to earn a big contract with the move.

Friend joined Middlesbrough from Doncaster Rovers in 2012 and is the longest serving player at the club, making 286 appearances for Boro.