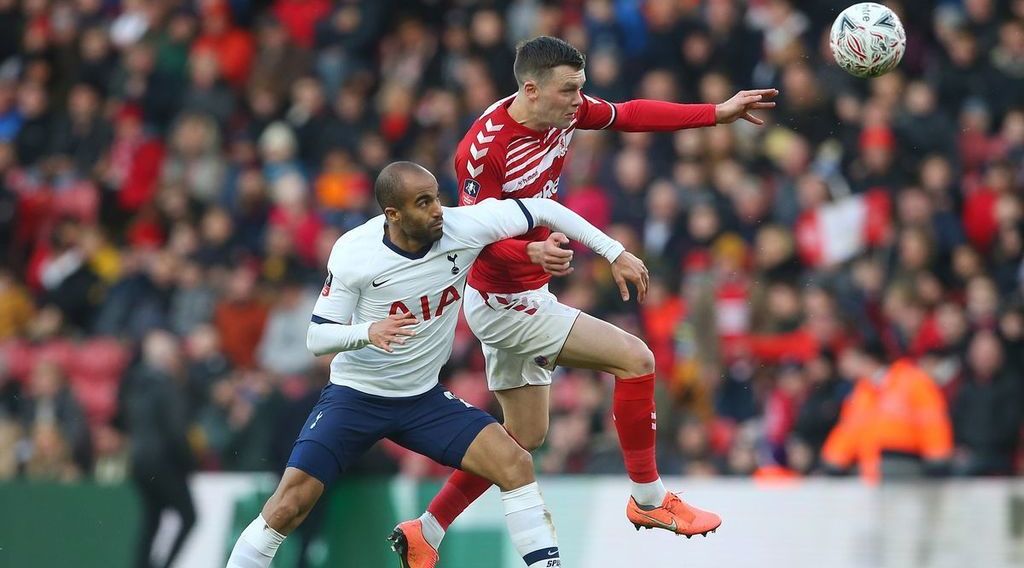 Middlesbrough suffered their first defeat in six matches as they lost 2-1 to Premier League side Tottenham in the FA Cup third-round replay.

Both sides had played out a 1-1 draw a fortnight ago at the Riverside Stadium and there was significant pressure on the home team.

Woodgate was looking to mastermind a victory against his former club but all plans went out of the window within the opening minutes.

Tottenham came out quickest from the block with the home side taking the lead just after two minutes. Boro stand-in stopper Tomas Mejias made a mistake when attempting to pass the ball from the back, playing it straight to Giovani Lo Celso.

The Argentine midfielder turned inside, ran past Dael Fry before side-footing it into the bottom corner. Spurs seized the initiative and continued to push forward with purpose.

It was not long before they found a second with Erik Lamela punishing Boro with a low precise finish past Mejias.

At that point, it appeared that the game could be a goal-fest for the home team.

However, Woodgate's side showed heart as they kept the scoreline at 2-0 heading into the halftime break. The second half saw a change in approach with Boro keen to attack their illustrious opponents.

With 83 minutes on the clock, George Saville made the game tense after shooting beyond Gazzaniga.

Boro pushed forward for another goal to send the game to extra time without fruition.

Woodgate can now shift his focus to the Championship with the club lying eight points off the final playoff spots, travelling to Fulham on Friday night.