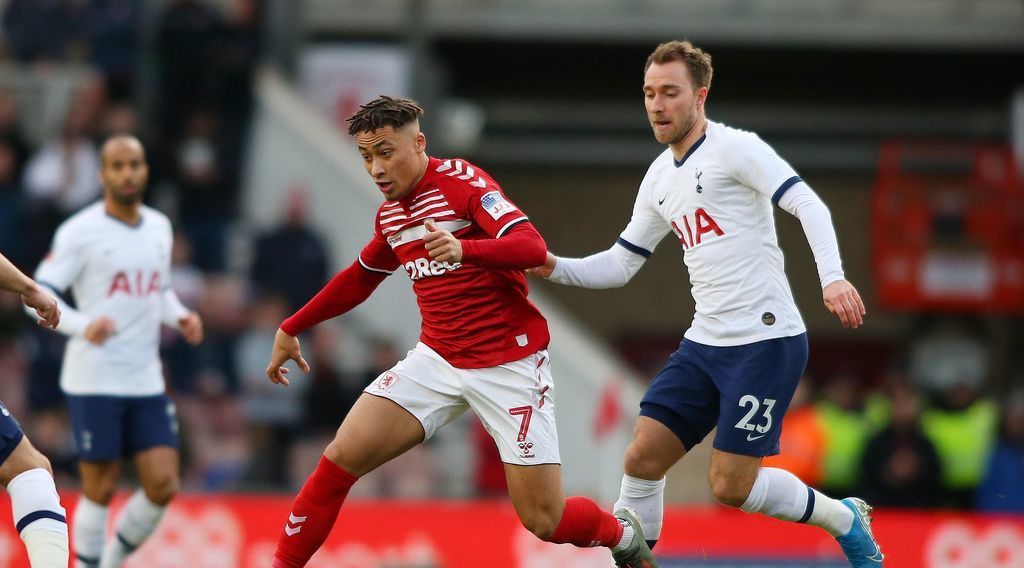 Middlesbrough travel to London to face Premier League side Tottenham in the FA Cup third-round replay on Tuesday evening.

Jonathan Woodgate's side were close to a famous victory at the Riverside Stadium. Lucas Moura scored the equaliser, canceling out Ashley Fletcher's opener.

Boro travel in high spirits as they are currently on a run of six games without a defeat in all competitions.

Boro's last game in the league saw the team throw away a late 2-1 lead at home to Derby County, but this FA Cup tie should provide a stiffer challenge.

Tottenham come into the game not in great form, failing to win in their last four matches in all competitions. Boro will be expected to stay compact and seek chances on the break with their opponents likely to dominate possession.

This is also Boro's first visit to the new Tottenham Hotspur Stadium and Woodgate will be visiting the club where he enjoyed a successful stint as a player.

Ashley Fletcher could be vital for Boro as he scored the goal when both sides met a week ago. The 24-year-old has been impressive netting six goals and assisting four this campaign.

Patrick Roberts has been impressive since making the move to Boro from Manchester City and will also be one that could sway the match for the away side.

Tottenham are the favourites for the tie, but Boro could still pull off a famous victory.