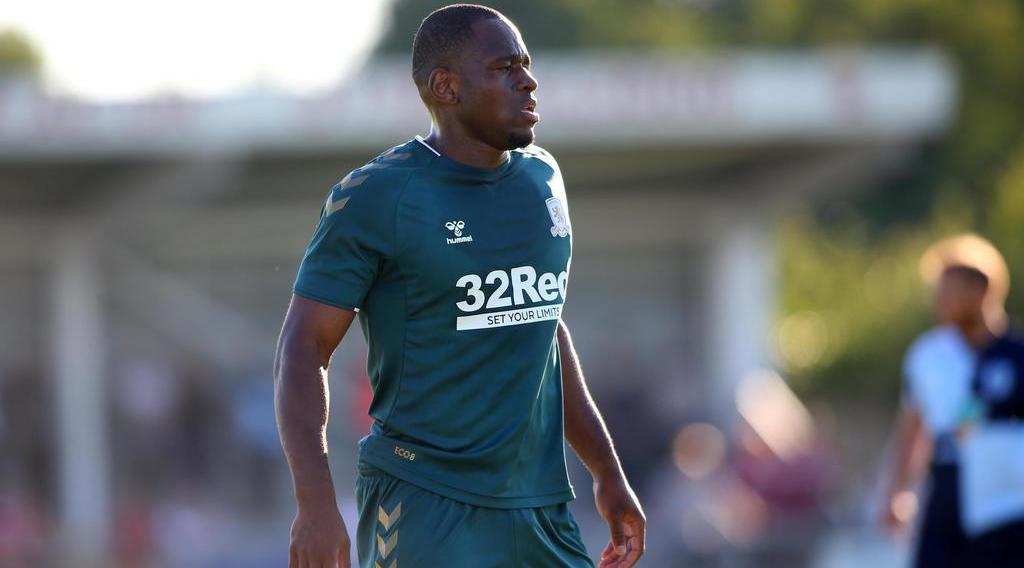 Uche Ikpeazu started his Boro career well by scoring his first goal for the club within 10 minutes of his first match against Bishop Auckland in the pre-season friendly.

Middlesbrough forward Uche Ikpeazu, who recently signed for the club from Wycombe Wanderers, has revealed his desire to use his form at Middlesbrough to propel his international career by attracting a call-up by the Nigerian National Team.

The 26-year-old is eligible to play for three different countries, after being born in London to a Nigerian father and a Ugandan mother.

He was called up for the Ugandan squad for the AFCON qualifiers twice in 2020, but the matches were postponed. However, it means he is still eligible to play for Nigeria, and he has confirmed his dreams to play for the Super Eagles.

"To be honest, it is a tough one because I am Nigerian-Ugandan, and I am very proud to be one, and of course, from a very young age, I had always pointed out the fact that I wanted to represent Nigeria," Ikpeazu said.

"I am not going to hide away from that, neither am I going to shy away from that because that is something I said in the past, but sometimes in football and life, there are circumstances that things just don’t work out."

"Now that I am at Middlesbrough, my mind is telling me to play for the national team of Nigeria, that is a fact, and I believe that I can achieve that because I have got all the tools and the ability to go and do well for the Super Eagles."

"I am very different from all the strikers they have there as everyone has his own unique qualities, and I believe that I am going to make a big impact while playing for the Super Eagles with the ability I possess."

"That is just the situation, but like I said, I still love Uganda the same way, that is my mom's country, and you know that Nigeria is my dad’s country."

This may not be welcoming news for Boro because if Ikpeazu gets called up for the Nigerian squad, he might be absent for about six weeks for the 2021 Africa Cup of Nations, which has been postponed until January next year.