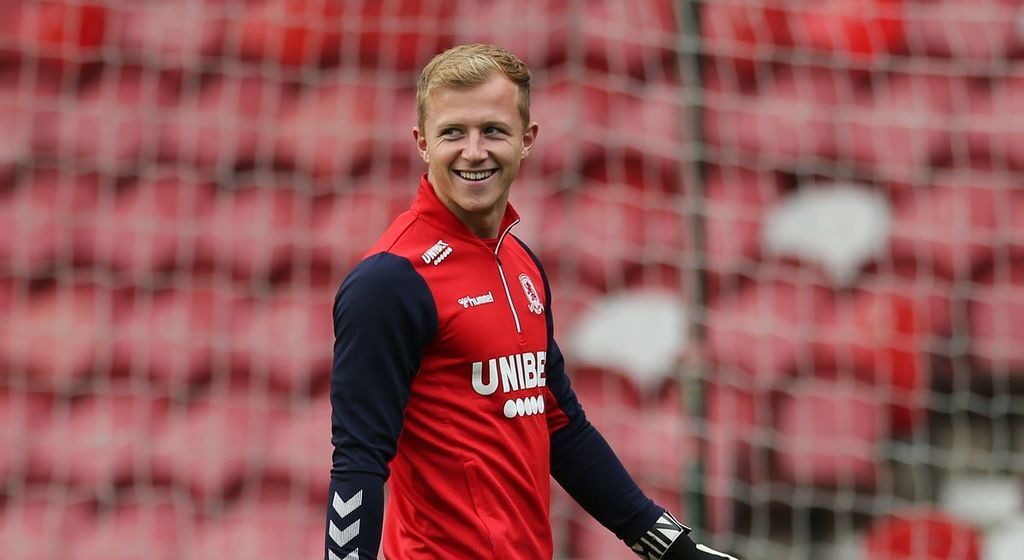 Jonathan Woodgate has revealed that Middlesbrough have begun contract talks with Djed Spence and Aynsley Pears regarding new deals.

Woodgate revealed this after Middlesbrough's impressive 2-0 victory at West Brom when quizzed by reporters. The 39-year-old admitted that the club were talking with Spence and Pears regarding new deals as they seek to secure their long-term futures at the Riverside Stadium.

Pears has been impressive since breaking into the squad following the injury to Darren Randolph and has brought stability to the backline. The 21-year-old has kept six clean sheets in 11 matches for Boro and was equally impressive on Sunday, making crucial saves at the Hawthorns to deny West Brom a comeback.

Pears' form could mean that the club stick to him as their number one with several reports linking Randolph with a transfer move to West Ham United in January.

Spence meanwhile has also been impressive, with the young winger playing his part in the victory at West Brom with his pace and work rate endearing him to the manager.

Middlesbrough are looking to tie down both players to long term contracts, as they are out of contract in the not too distant future with several teams sending scouts to monitor their progress. Pears signed his current deal with the club in 2018, alongside Spence.

Boro fans would be delighted if the club can secure the longterm future of both players with the club recently announcing a three-year contract deal for Hayden Coulson over the weekend.