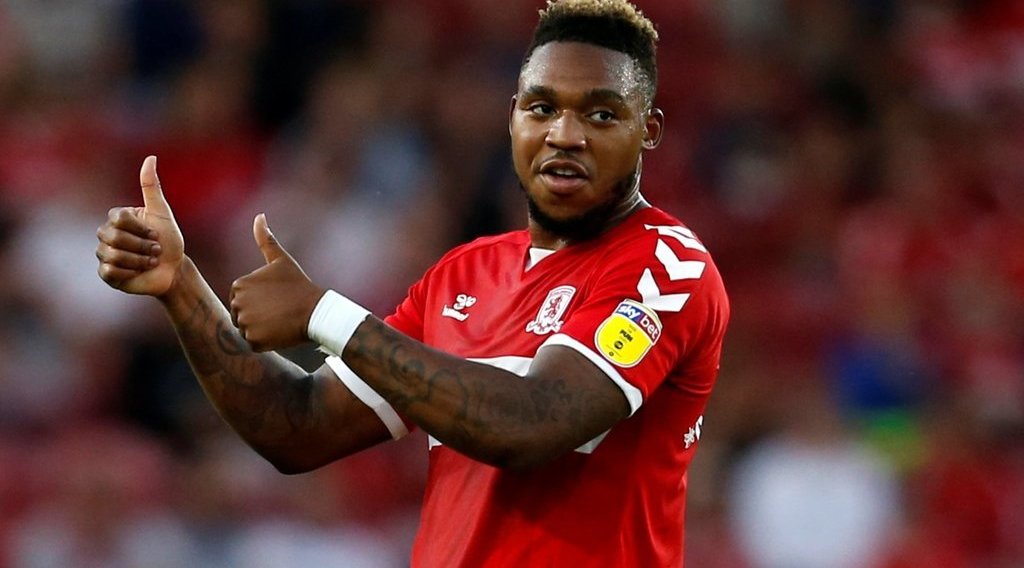 Middlesbrough forward Britt Assombalonga has struggled in recent weeks with injuries and appeared to be on his way back to the first team.

However, Assombalonga seems to have suffered a setback in his return to the first team. Middlesbrough manager Jonathan Woodgate revealed in his pre-match conference ahead of the FA Cup tie with Tottenham that the player was still out for the considerable future.

Assombalonga has missed Boro's last six matches since coming off from a heavy challenge against Charlton at the start of December.

According to Woodgate, Assombalonga had visited a specialist regarding his ankle and is expected to be out for about two weeks. "Britt went to see a specialist yesterday on his ankle, he may be out for ten days to two weeks time." Woodgate also responded to speculations that Assombalonga could be using the injury as an excuse to force a move away from the club.

The DR Congo forward has been linked with a move away from the Riverside in January, but Woodgate insists that the injury is genuine and the striker is not stalling for a transfer.

"Britt hasn't been pulling the wool over anyone's eyes so believe me on that one."

"He's actually tried to train five times and has struggled with it."

Boro have faired well in his absence, winning their last four games with Ashley Fletcher leading the line well and the return of Rudy Gestede adding an extra dimension to the attack.

Despite this, Woodgate has added to the attack with the arrival of Lukas Nmecha from Manchester City as he looks to make a push during the second half of the season.

Boro fans would be hopeful that the striker recovers quickly to lead the team to the playoffs.