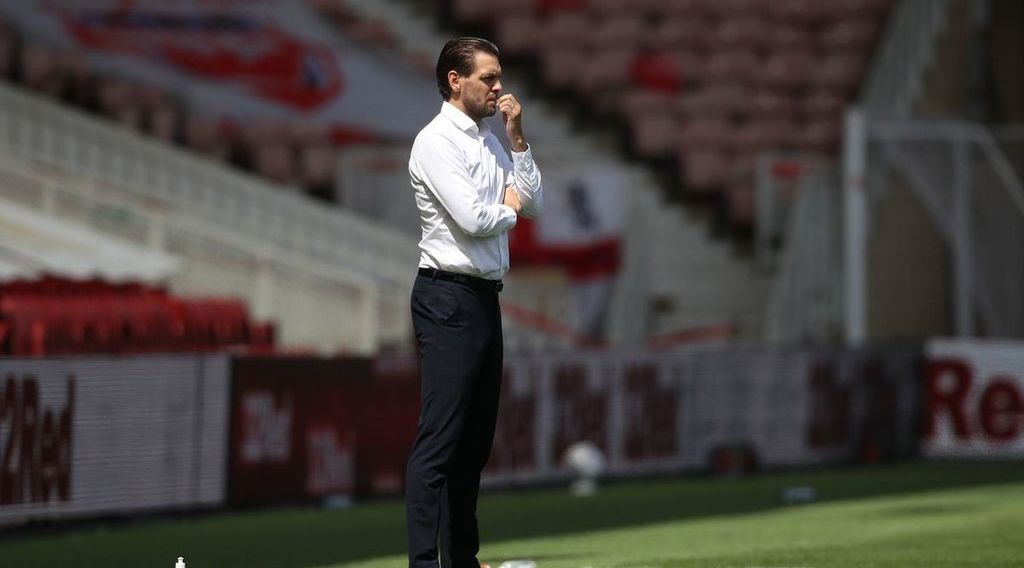 Middlesbrough manager Jonathan Woodgate has admitted his shock in his player's performance yesterday.

Boro suffered a humiliating 3-0 defeat to Swansea City on Saturday.

Boro were shocking in the first half, falling three goals behind to a Rhian Brewster brace, before André Ayew scored from the penalty spot before halftime.

The performance was disjointed and they looked bereft of ideas in the game as Swansea threatened to run riot.

The second half was slightly better, as Boro tried to salvage some pride with better defending. However, the final result was an evidence of the problems within the club at the moment.

Woodgate spoke to the press via Zoom and expressed his disappointment in the performance.

"I thought we were very poor," he said.

He was at a loss to explain how his players performed. "It's hard to explain that type of performance, not nice to see."

"The basics of the game at times, following your runners, not turning your back on the ball, organisation, it wasn’t good enough."

Boro's performance would have many within the club worried as fears of relegation intensifies. The Riverside outfit are just above the relegation spot on goal difference.

Boro's next game at Stoke City is an important fixture for the club, in their quest to avoid the drop.