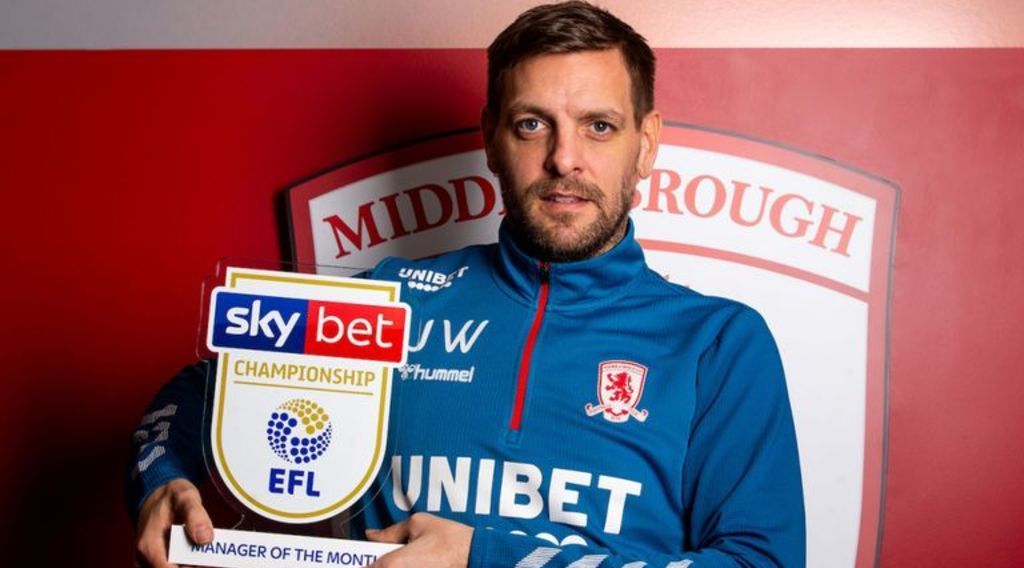 Middlesbrough manager Jonathan Woodgate has been named the Sky Bet Championship Manager of the Month for December.

Woodgate has overseen an impressive run of results for the club with just a solitary defeat in eight matches over the Christmas period.

This run of results has seen Boro move clear of the relegation places and move towards the top half on the league table.

What is equally impressive is that he has had to do this without key players such as Darren Randolph, Britt Assombalonga and captain George Friend.

During this period, Woodgate has also been able to bring in youngsters Hayden Coulson, Djed Spence and Aynsley Pears all to good effect. The trio have not looked out of place in the first team with Pears keeping seven clean sheets in his last 11 matches for the club.

Coulson and Spence have enabled Woodgate to have pace and width as wing-backs in the five man defence he favours. Speaking after receiving the award Woodgate revealed his delight and praised the team and his staff for their effort towards achieving the milestone.

"I'm really pleased, not for myself, but for everyone here."

"It's all about a team effort, and there's some fantastic staff at this football club who really care."

This is Woodgate's first career Manager of the Month award and is a testament to the work he has done at the Riverside Stadium since taking over in the summer after the exit of Tony Pulis.