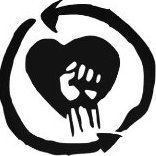 We're sorry for the interruption!

Create an account or log in to oneBoro to join in the discussion with likeminded Boro fans, receive great conversations to your inbox, personalise your oneBoro experience, and follow discussions that you love.