Aden Flint was born in Pinxton, England on 11 July 1989. At 19, he became a player of National League outfit Alfreton Town FC, from where he was sent out on loan to Matlock Town FC.

On February 2008, he returned to Alfreton Town FC and after a 3 year stay at the club spanning from 2008 till 2011, he left for Swindon Town. He had played 100 games for the Reds and scored 45 goals over that period.

However, it seemed Flint still had some unfinished business to do at Alfreton when his new club, Swindon Town, loaned him to Alfreton until the end of the season. Flint's second spell with the Reds proved fruitful as he inspired and led the team to promotion from the Conference North.

The 2011/2012 season was Flint's first season at the County Ground and over the 32 league games he featured for the team, he consistently impressed and helped Swindon Town to the league title. Subsequently, he contributed 4 goals and 3 assists in the 36 games he played in the 2012/2013 season.

Inevitably, his time at Swindon came to an end that season after Bristol City signed him for £300,000.

Flint's five-year stay at Bristol City was littered with commendable achievements, which are visible in his impressive goal scoring return and his ability to carry his team through a difficult situation and against tough oppositions. A notable example of this was the role he played in Bristol City’s EFL Cup Semi-Final run in the 2017/2018 season.

Flint left Bristol city at the end of that season for a £7 million deal to Middlesbrough FC. However, he would be sold to a fellow Championship team, Cardiff City in a deal worth £6.5 million after appearing in 42 games for Boro.

So far, signings have been few and far between for Boro this summer for several reasons, mostly financial.
31st Jul 2019
Continue reading 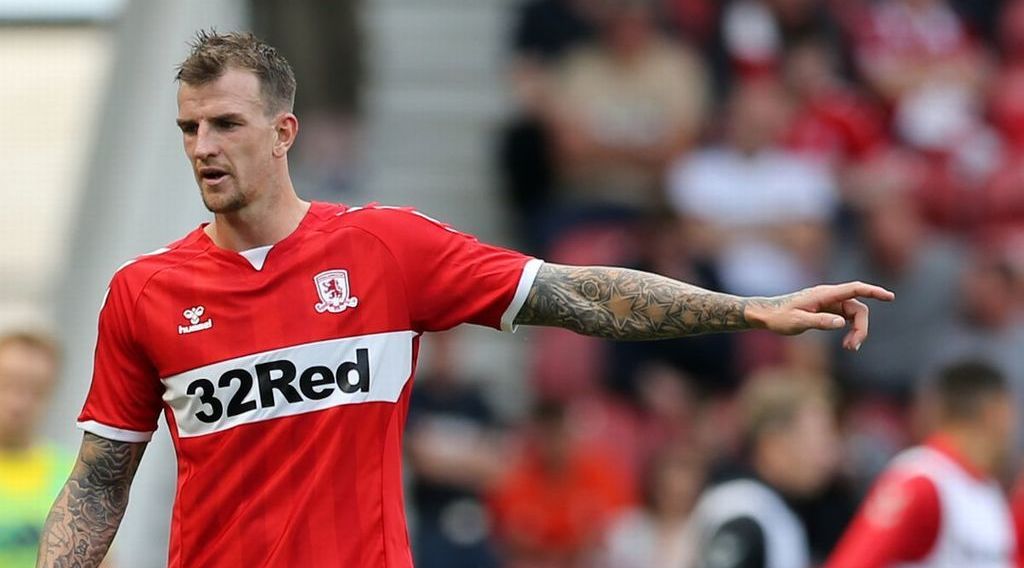 Aden Flint set to leave Boro in the next 24 hours Boro were cruising in the game until a 2nd half red card to defender Daniel Ayala tilted the match in favour of Preston North End.
14th Mar 2019
Continue reading Middlesbrough, who currently sit 5th in the Championship, need a win to maintain pressure on sides above them in the table.
9th Mar 2019
Continue reading Speaking in the build up to the game, Middlesbrough manager Tony Pulis stated that his team have no fresh injury concerns ahead of the Millwall clash.
19th Jan 2019
Continue reading Well, that was difficult to take. Wait, no, scratch that – it was bloody painful.
19th Dec 2018
Continue reading 'Tony Pulis tones down expectations ahead of January transfer window'

The Middlesbrough manager has claimed that while he will be looking to add more names to his squad, he won’t be spending money just for the sake of it.
30th Nov 2018
Continue reading Though the Middlesbrough manager has claimed that the England U-21 defender would benefit from a run of games in the same position.
15th Nov 2018
Continue reading